Velavadar National Park is the most wanted tourist destination that can be found very near to the Gandhinagar city in the state of Gujarat. Before India got its Independence, Velavadar was one among the part of Bhavnagar and it had grasslands which was set for the maharaja’s cattle to graze on it. After India got its Independence, the government undertook this place and converted the grasslands into useful agricultural lands. The government has also provided free arms licenses to the local people who live in and around this place. 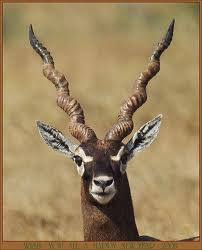 The blackbucks were declined dramatically in terms of number varying from 8000 to 200 during the year of 1966. This was the time in which the government built a sanctuary around this place in order to protect the blackbucks. The area that was covered got increased from 17.88 sq km to 34 sq km. The sanctuary was completely transformed and declared as a National Park as it has passed the Wildlife Protection Act in the year 1972.

Hunting the blackbucks is completely prohibited and if the guards catch anyone trying to hunt them, then they might end up for a life term sentence in the jail. This prohibition has made a significant rise in the population of the blackbucks. The park is very much rich in terms of bird life. One can witness cranes, geese, ducks and many numbers of waders roaming in and around the park. This park has been the most wanted destination for the migrating harriers. During 1991, around 1500 harriers got roosted here by making this place as the biggest harriers destination in the 19th century. Velavadar is the only place that has got the status as a National Park with its grasslands. The ecosystem in this place has got four different types of habitats. They are shrubland, grassland, high tidal land and saline land. This park is the only place in India that has four different types of ecosystem that can be found existed all around the year.

The entrance of Velavadar National Park has got two different types of gates facing one another. There is a road that leads towards the park. The left side gate is to enter the Kaliyarbhavan Forest Lodge. There is a reception that can be found attached to the lodge is made to serve as a forest office. This is the exact place where every tourist must meet the forest guards and they must be paying an entry fee to visit the park. From a short distance from this office has the Nature Interpretation Centre where one can find each and every detail about the kind of birds and animals that are living inside the park. The tourists can get an idea on the exact regions where they can find some rare birds and animals. Make use of this place to learn more about the birds and animals that you are going to witness inside the park. The trail has got a straight path with some small watchtowers that can be found scattered all around the sides of it. The wetland is a great spot in which one can check the birds that live together. The wolf in this park is said to be roaming all around the day at this spot. Never miss to visit it to witness the wolf and some other rare species of birds. If you are an adventurous person, then this park is the exact place where you can enjoy your holiday with your family and friends.

How to Reach Velavadar National Park

By Road: If you are taking the roadways to reach Velavadar National Park, then you should be using the NH 8A that starts from Ahmedabad.

By Air: If you are visiting the park through air, then Bhavnagar is the closest airport that is said to be 55 km away from the park. Take the NH 8A road from Ahmedabad to reach the park.


Explore more about Tourism in Gandhinagar