Parks and Gardens in Gandhinagar

This serene park is located in sector 28 of Gandhinagar. Such parks are a rare sight these days in developed cities. It is a major attraction for families and nice place for an evening walk. Many, including the citizens of Gandhinagar, use this park as a picnic spot. 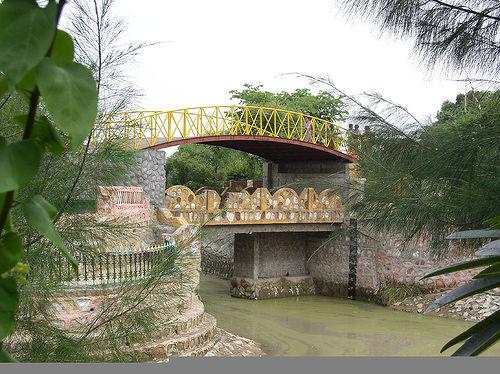 The city of Gandhinagar was founded in 1960 as the capital city of Gujarat when it declared itself as an independent state and separated out of the Bombay state. The design and architecture of Gandhinagar was then set in motion with the help of two pioneer planners named Prakash Apte and H.K. Mewada. The Children's Park was a prominent part of the architectural plan and was introduced with the motive of making Gandhinagar an eco-friendly and green city. With a huge collection of beautiful flora, the Children's park attains an unmatchable beauty in spring when all flowers bloom. An unique combination of dancing flowers, fluttering butterflies, playing kids and soft breeze of air can be seen in spring. It gives an inner peace to each and every visitor of the park. The Children's park has a mini lake which is immensely popular among tourists who love boating. It also has a mini-train which is popular with the kids.

The gaming zone is an added attraction for the teenagers. The tranquility of this park gifts the visitors with mental peace. This park is a popular picnic spot for both people residing in the city as well as the tourists.

Located in the heart of the city, Sarita Udyan is one of the most popular gardens of Gandhinagar. More precisely, it is housed in sector 29 of this city. This garden is nothing less than another feather in the green cap of Gandhinagar. 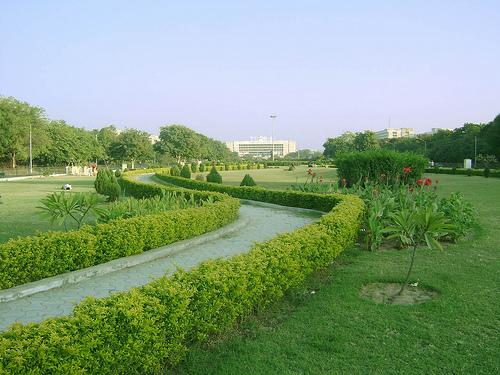 Sarita Udyan was also developed as a part of the architectural plans of 1960. This place is another famous picnic spot for the citizens of Gandhinagar and attracts a huge crowd. People in the nearby locations use Sarita Udyan for morning and evening walks. Very few developed cities of the world have a garden located in their hearts. Sarita Udyan attracts people from all age groups ranging from  small kids to septuagenarian  senior citizens. It is situated in Indroda village and has a deer park as well. It's diversity in flora is proved by the botanical garden situated in it. With the botanical garden and deer park, Sarita Udyan boasts of being a one of a kind garden which is located at the heart of development but still cherishes the importance of flora and fauna with added emphasis. Another factor adding to the serenity of Sarita Udyan is that it is built on the banks of Sabarmati river. One can spend hours enjoying the calm of the garden with silent splashes of the Sabarmati gushing to its destination. Thus, the Sarita Udyan has a tremendous contribution in making Gandhinagar the greenest city of the country.


Apart from this, there are many parks and gardens in every sector of the city. These gardens are well-managed