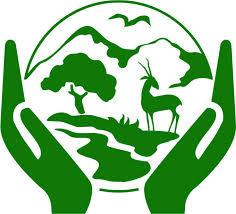 Some of the most important mammals that can be seen in Gandhinagar are Nilgai, Black bucks, Rusty and Spotted cats, Chitals, Four Horned Antelopes, Wild boars and Hyenas.

Many other animals such as crocodiles, bees, scorpions, Lac, silkworms, snakes, lizards and insects are easily  be sighted in Gandhinagar. Locusts and mosquitoes are also abundant in the city. The fauna and the flora of Gandhinagar remains incomplete without the mention of birds. There are several varieties or species of birds in Gandhinagar such as geese ducks, pheasants, peacocks, parrots and cranes.

Main forest areas of Gandhinagar are the Mansa and the Dehgam Tehsils that possess an area of 1159 and 886 hectares of forests in the city. The main forest of the city are Gir, Aalloa Hills, Polo Forest that lies at a distance of 222 kilometers from Gandhinagar and even Indroda Nature Park.

Minerals are not in abundance in any of the areas of Gandhinagar. Minor minerals like Common Sand, Brick Clay and Common Clay are generally available in Gandhinagar. These minerals are usually used in constructing industrial houses, business complexes and residential buildings and even huge shopping complexes. Sesame oil, Lubricant oil and Edible oil are some of the oils available in Gandhinagar. Kalol is a city that is very famous for its oil fields and this city is located very close to Gandhinagar. White coal and simple coal are some of the fossil fuels that are majorly used in the city though most of the population uses cooking gas for the purpose of making food.

Different kinds of soil are found in Gandhinagar such as black soil, alluvial soil, brown soil, grey soil, clayey soil and sandy soil and this is all because of the presence of River Sabarmati. Therefore it can be summed up that the topographical subdivision of the Gandhinagar consists of different regions that are based on geographical features and also the land texture.

Explore more about Geography of Gandhinagar