The Indroda Nature Park in Gandhinagar is located along the banks of the great river Sabarmati, occupying a huge area. The months between October and February are the best days to visit this park as the climate is good in Gandhinagar during these months. This park is the second biggest hatchery that has got the dinosaur eggs in the whole world. 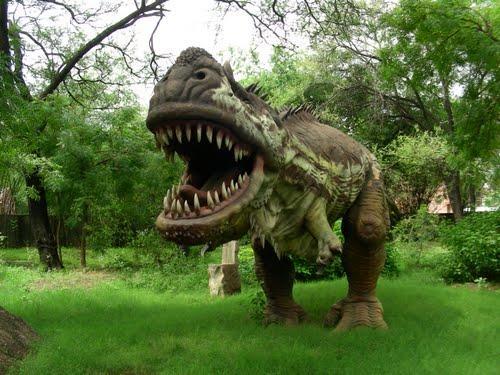 The park was formed and set up by the Geological Survey Team in India. This is the only museum in India that exclusively displays real dinosaur eggs.  This has made it a major tourist attraction visited by people from all over the world who come here just to have a glimpse of dinosaur eggs. The local people have named this park as an Indian Jurassic Park. The park has been maintained by the GEER (Gujarat Ecological and Research Foundation) and they have been doing a great job in maintaining this place. 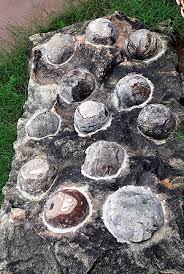 One can witness many fossilized eggs of dinosaurs and their skeletons in the park. The eggs of dinosaurs are different in terms of size and structure. They look like giant cannon balls. Each egg can weigh more than a human being. The visitors can take pictures of the eggs and fossils but are not allowed to touch them. The fossil tracks of various gargantuan are kept for display.

Megalosaurus, Tyrannosaurus rex, Barapasaurus, Antarctosaurus, Brachiosaurus, lguanodon and Stegosaurus are some of the rare species of dinosaur skeletons that are kept inside this park. The park authorities have made a display in which the tourists can see a life size model of a dinosaur. The fossils were found along the Songhir Bagh Basin, Kheda, Vadodara district and the Himatnagar basin in Balasinor.

In other areas of the park, you will find various animals like deer, leopards, tigers and many more.