Gandhinagar was ruled by many rulers in the past. It has seen various eras and has undergone many changes since then. Today it is known to be the most important part of Gujarat, being the capital itself. 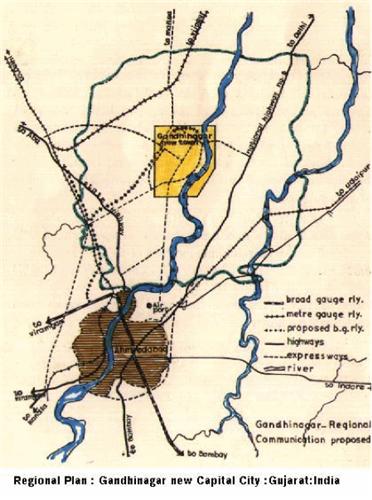 Before the Establishment of Gandhinagar

King Pethasinh of Pethapur ruled the Shertha town in the 13th century. After Pethasinh’s death, the Patan Sultanate used Pethapur as battleground. Sultan Ahmad Shah made up his mind to transfer his capital from Patan to a completely new city and established the city of Ahmedabad. Gandhinagar was established in 1960 when Mumbai (then Bombay) was divided into two states namely Maharashtra and Gujarat. Ahmedabad became capital of Gujarat as it served an important commercial place. Later, another planned city was established to that it could be made the capital of Gujarat.

The new city to serve as the capital city of Gujarat was planned by H.K. Mewada, the Chief Architect and Prakash M Apte, his assistant. Both Apte and Mewada worked as trainees under Le Corbusier, the architect who planned the city of Chandigarh in the year 1950. The city was established in 1960 and was declared the new capital of Gujarat. The city got its name from Mahatma Gandhi.