Gandhinagar is the capital city of the state of Gujarat.  It is known as the greenest capital of India. It is named after Mahatma Gandhi as an ode to him. From an historical perspective of India, Gandhinagar is a fairly young city.  The foundation stone of this mesmerizing city was laid down in the year 1960. But, there is a huge history of this land long before it was founded as the capital city of Gandhinagar. 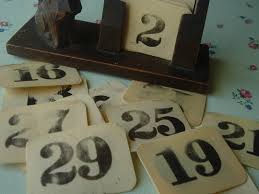 From Shertha Town to Capital City of Gandhinagar

In the 13th century, the city of Gandhinagar was nothing but a small town called Shertha. It was ruled by King Pehtasingh of Pethapur. After his death, this region was taken over by the Sultanate of Patan. The Patan Sultanate ruled over the city of Patan which was the mediaeval capital of Gujarat. The Sultanate of Patan used the Shertha region as their battlefield . In early fifteenth century, Sultan Ahmed Shah came to rule in Patan Sultanate and decided to shift his capital from Patan to a new city. This new city was called Ahmedabad after the name of the emperor himself.  After India's independence in 1947, many princely states of western India were merged with the province of Bombay. It was collectively called the Bombay state. But, soon enough, in the year 1960, the state of Gujarat detached itself from the Bombay states and attained the status of an independent state. It named the land which was formerly known as Shertha region as Gandhinagar after Mahatma Gandhi as a tribute to him. The city of Gandhinagar was named the capital city of the state.

The Adalaj Step Well is one of the most iconic tourist attractions in Gandhinagar district. It is a pioneer symbol of the history of Gujarat.  It is popularly called Adalaj Vav in local tongue as 'Vav' refers to step well in Gujarati. It is around five stories deep with the walls lined and engraved with detailed carvings. The western India had a lot of such step wells to quench the water requirements of the bone-dry regions. Around 15th century, this region was ruled by Vaghela Dynasty ruler Rana Veer Singh. This region was known as Dandai Desh.

Mohammed Begda, the Muslim ruler of adjacent regions attacked Rana Veer Singh and killed him. Mohammad Begda occupied and conquered this region.  Mohammad Begda was intrigued by the beauty of Rani Roopba, the widow of Rana Veer Singh, and made a marriage proposal to her. Rani Roopba had no option other than accepting Mohammad Begada's proposal. But, she asked him to complete the step well construction which was started by her beloved husband. Begada was so overwhelmed with her acceptance that he built the step well in record time.  When the well was complete, Rani Roopba silently made a prayer in the step well and committed a suicide by drowning herself in it, thus ending the legend forever. The entire saga is depicted with carvings on the walls of the well.

Planning the City of Gandhinagar

The foundation stone of Gandhinagar was laid on March 16th, 1960. An enormous amount of toil and sweat is behind the growth of this city. Among all the pioneers behind this city's development, two of them would be remembered in this city for centuries. They were, H.K.Mewada and Prakash. M. Apte. Mewada was selected by the government to design the city and Prakash Apte was the leading planner of the city. Apte did a thorough research on the local architecture  of the region. He also tried to inculcate the "Pole" culture of Gujarat in his plans. After months of planning and development, Apte and Mewada finally came up with a breath-taking plan. Even to this date, the two architects are compared with Le Corbusier, the architect of Chandigarh.

Then on, the success story of Gandhinagar has been history. It's emergence as one of the most cosmopolite city of the country has been recognized by the entire world. One of the pioneer business locations of the country, the rich historical heritage of this city often gets hidden. If you are ever in Gandhinagar for business, then just take a day off from your work and try to experience the history of this city in places like Pethapur and Adalaj villages.

Explore more about History of Gandhinagar