Fire station is also called fire hall, firemen’s hall and fire house. Fire station is generally an area or more basically a structure that is meant for the storage of different kinds of fire fighting equipments like fire hoses, fire engines, equipment for personal protection against fire, specialized equipments and other related vehicles. Fire stations might also possess work areas and living facilities for the fire fighters.

In India, the Government pays special attention towards the provision of proper fire safety to the citizens of a state or a city and it is only because of this reason that fire stations are found in abundance in the major cities and states of India. fire is something that completely leads to the destruction and damage of property to the worst level and it is only through fire fighting services that huge and massive fires can be extinguished. Therefore fire fighting services are very important and they should remain in close contact with the people of cities and towns and even villages in India. 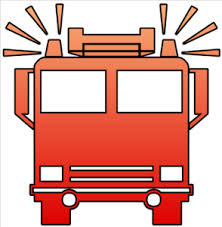 These are some of the fire stations that are located in Gandhinagar and these fire stations have a hundred percent success record. Therefore, it just goes without saying that you can contact them during the emergency without a second thought.

Most of the fire stations that are located in Gandhinagar are very good at the services that they provide and at the same time it has also been found that these fire stations have a unique quality of their own which is found to be missing in the fire stations of some of the well-known cities of India.

Explore more about Utilities and Services in Gandhinagar