Like in any other part of India, Cricket is a craze in Gandhinagar also. There are a number of cricket grounds in the city. People of all ages visit these stadiums, some to enjoy matches and some to learn about this sport. 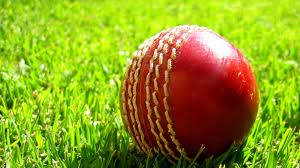 Among the cricket grounds and stadiums, the Sardar Patel Stadium Motera is the most significant one. It is located in Ahmedabad and is very close to Gandhinagar. The stadium hosts national as well as international-level matches. Apart from this, cricket coaching is also offered here, by reputed and some of the big names in cricket world.

There is a Regional Sector in Gandhinagar that belongs to the Sports Authority of India. Sited in sector 15 of the city, it serves to be the place where people can indulge not only into cricket but also in many other sports. The sports enthusiasts are trained by expert coaches.

Koba is the largest indoor ground for cricket in Gandhinagar. Completely air-conditioned, the construction of this ground costed Rs.100 crore. It has eight floors, a food area, shopping complex and a fitness and health center. The stadium is equipped with world-class facilities. The stadium covers an extra space that has been allocated for beach soccer and beach volleyball.

Apart from the above mentioned grounds and stadiums, there are other grounds that are located in Anand and Rajkot. These cities lie at a distance of 52 kilometers and 115 kilometers from Gandhinagar, respectively. The stadium in Anand is called Moti bagh Stadium and the one located at Rajkot is known as Madhavrao Scindia Cricket Ground. There are a total of five cricket grounds in Gujarat out of which three are located very close to Gandhinagar. Cricket lovers in Gandhinagar make most of these stadiums.

Looking into the interest of the people of Gandhinagar in cricket, cricket coaching became a matter of major interest among everyone. Are you one of them? Here's the information you can use:


Explore more about Sports in Gandhinagar